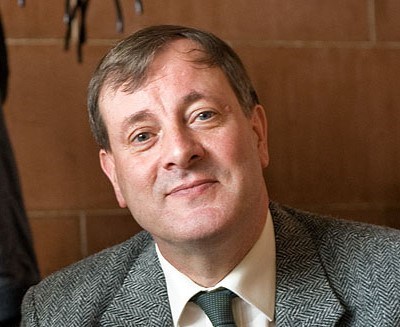 This public lecture looks at the relation of two of the most important elements of today’s culture – science and religion. Professor McGrath, one of the world’s leading authorities in the field, will speak of his own changing attitude towards science and religious faith, as he moved from atheism to Christianity. The lecture will focus on two main ways of understanding the relation of science and religious faith. The first is the “conflict” or “warfare” model, adopted by Richard Dawkins; the second is an “enrichment” model, adopted by Professor McGrath himself. McGrath will argue that, when seen in the right way, the natural sciences and religious faith can complement each other, and lead to a richer and deeper vision of life.

Alister McGrath holds the Andreas Idreos Professorship in Science and Religion at the University of Oxford. Having begun his career as a scientist, he now holds three doctorates form the University of Oxford: a DPhil in Molecular Biophysics, a Doctor of Divinity in Theology, and a Doctor of Letters in Intellectual History. McGrath is particularly noted for his work on the relationship between science and religion.

You may also be interested in other talks being given my Prof McGrath while he is in Hong Kong: